Is Sydney Still The Powerhouse Of The Australian Economy? 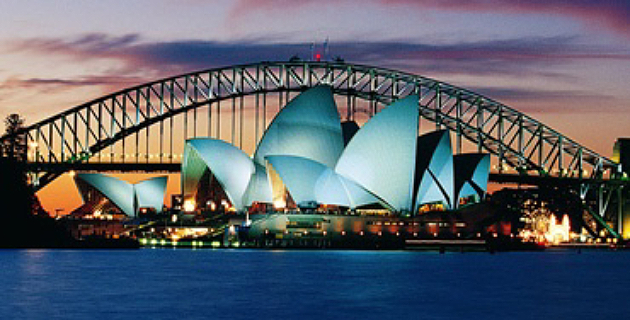 Sydney is well known. It is Australia’s global city and has a global brand. Indeed, A.T. Kearney’s 2014 Global Cities Index ranks Sydney 14th in the world’s most global cities, the only Australian city in the top 20.

Sydney is Australia’s most culturally diverse city and is the city that migrants are attracted to.But Melbourne in the state of Victoria is growing more quickly, grabbing nearly 30% of Australia’s population growth last year. And Melbourne is predicted to outgrow Sydney by about 2050.

NSW is the largest economic state in Australia, generating 31% of the national GDP compared to the next largest state, Victoria at 22%. However NSW’s relative economic size has fallen nearly 2% in less than a decade, mainly due to Western Australia’s amazing growth in the mining sector over the past decade.

Economic activity is expected to continue to rise throughout 2014 and 2015, partly on the back of increased construction of residential dwellings (there is a shortage of housing) and transport infrastructure. However this does depend upon state and federal governments creating a positive environment to allow long term projects to commence.

NSW unemployment has crept up but is still within safe boundaries at less than 6%, and despite all the economic turmoil over the past decade the unemployment rate has only fluctuated between a low of 4.8% and a high of 6.4% - on a global basis that is very stable.

Some critics of NSW say that the state has wasted opportunities since the year 2000. The economic activity in the lead up the 2000 Olympics and the outstandingly positive Olympics in that year have not really been capitalised upon to grow Sydney’s Asia Pacific potential.

Sydney is home to many of the country’s larger recruitment companies and is the head office of many of the global companies operating in Australia. To be fair, Melbourne also hosts a good number of head offices.

Sydney can claim to be the economic hub of many business sectors and if your combine Melbourne and Sydney you have all but a few sectors covered.

Since 2009 the performance of the recruitment industry in Australia has been unpredictable and subject to the industry changes and uncertain economic conditions that have been felt globally.

Calendar year 2013 was particularly harsh for recruitment companies, especially those based in NSW. Australian RIB Report benchmarking showed 41% of NSW recruitment companies traded at a loss compared to 27% overall. Fortunately performance has improved in 2014 and many more companies are reporting positive trading conditions.

It would be incorrect to put all of 2013’s issues down to economic uncertainty. The rapid change in client operations have caught many recruitment companies unprepared. Direct sourcing via in-house teams or RPO and use of alternate talent acquisition methods such as offshore outsourcing or SOW have destroyed the business models of recruitment companies large and small.  Many companies that are perm-dominated, generalist, or focus on “easy-to-fill” jobs are underperforming.

If you are looking to establish a recruitment company in Australia today, where would you locate it?

For the Australian market, with the exception of a few industries like mining and oil & gas, Melbourne or Sydney is where you need to be. For a business that is operating across Australia and New Zealand, there is a strong case to say Melbourne or Sydney is also where you need to be so that you are in the major markets and centrally located to New Zealand and the northern and western regions of Australia.

Each city has its merits as a city but not all will offer a positive recruitment market for your sector.

I’d suggest that the recruitment industry should consider Sydney as the logical first place to be in Asia Pacific.  It is a city with credibility, from Australia has the best access to Asia, and does have a broad economy for most market segments.

Importantly, if you are from the UK there is probably already an alumni of your staff here to get you started.