The Lions and Hyenas of Recruitment

It’s a jungle out there.

People are animals. But it’s not only individual humans who can act like noble beasts: in the current business market, recruitment companies remind me of lions and hyenas.

Both animals hold a special place in my memory and heart. Four years ago I got to see these predators in action while on safari with my wife Holly in Tanzania. Our first experience with hyenas came before we actually encountered one. On the way to our tent in the Serengeti, our guide told us not to leave our boots outside our tent. When we asked why, they said, “The hyenas will eat them.”

If you’ve never seen a picture of a hyena, they’re beautifully ugly: they have bodies like dogs, ears like cats, and teeth like wolves. Character-wise, they’re wicked and fierce. They eat anything and everything to survive—birds, lizards, insects, and, of course, any old pair of unattended shoes lying around. They play an important role in the ecosystem, cleaning up what other animals leave behind.

Lions, on the other hand, are pickier eaters. I witnessed this firsthand one day as we came upon two resting lionesses, their pride of cubs playing close by. These stunning beasts completely ignored us. They couldn’t have cared less as we watched them snooze. However, when a hyena appeared at a nearby stream, both knew immediately. Their territory had been violated. In total stealth mode, one rose to stalk towards the intruder. After a few silent steps, she launched into an all-out sprint to begin a chase I assumed would end up in a kill.

Related: Be Relevant in A Maturing Industry

“Hyenas no taste good,” he quipped.

In recruitment, I’ve seen similar scenarios countless times. The firms I think of as lion firms pick their clients—their meals, if you will—with a careful and mindful awareness of which are the most satisfying and sustaining. They claim clear territories defined by geography and business type. They dominate their chosen ground and rule their market. They brook no opposition. They’re proud. They know they deliver high value in the hiring ecosystem and their rates and fees are commensurate with that value. The leaders of these prides hold everyone accountable to high standards and rein in anyone who scavengers business that doesn’t fit their high-end diet.

The recruitment hyenas fill a different niche. They pick up the scraps left behind by the lions. Their clients are high-maintenance and demand low rates, so they have to work very hard for their money. They’re often hungry and unsatisfied, prompting them to work even harder to make scratch. As they scavenge for business, they can’t afford to pick and choose. They have to take what comes along. Wide territories mean business opportunities are spread thin, which in turn makes their work costly and labor intensive. Like the other hyenas, they have to lowball everyone. They always find their competitors eating away at their market share—because that’s what they themselves do to the other hyenas.

IS YOUR FIRM A LION OR A HYENA?

Use the table below to find out. Be honest with yourself and pay special attention to the traits I mention.

Unlike the beasts of the Serengeti, you get to choose your identity. Thanks to our big brains and this wonderful mechanism we’ve got called the prefrontal cortex, we can observe our behavior, make rational decisions on what we see, and implement changes in real time. If your firm is a hyena, do something about it. Transform it into a lion. If you’re a lion—good on you. Your job is to monitor, observe, and hold your pride accountable to the high standards that ensure your company never devolves into a scavenging hyena.

Both lions and hyenas have a place in the market—which you are is entirely up to you. 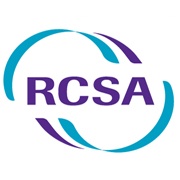 Written by Scott Wintrip and initially published in the RCSA Journal.  Scott is the founder of  the
Wintrip Consulting Group and was named to the Staffing 100, a list of the 100 most influential people in the staffing and recruiting industry, for a fifth consecutive year.